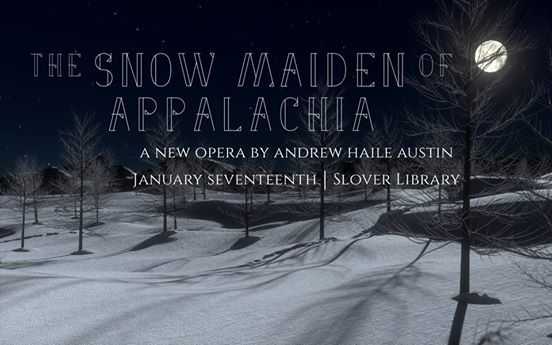 
Loosely based on the Snow Maiden from Russian folklore,
the opera takes place in Western Virginia in 1927.

A childless couple builds a maiden out of snow,
who comes to life and fulfills their wish for a daughter.

A bootlegger with a mysterious past who returns to town,
reuniting with the woman he deserted, falls in love with the Snow Maiden on first sight.

Evanescent in her being, the maiden made from snow can only exist until the first sign of spring. Can she teach those she meets to appreciate what is in front of them,
​in the moment, before she disappears?